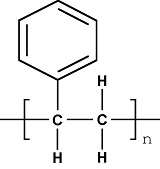 Chemical structure of PS
Polystyrene is a hard, transparent and amorphous thermoplastic polymerized from styrene monomer and having isotactic arrengement(iPS), syndiotactic (sPS) or atactic (the most common and that is being presented here). It has chemical chain similar to the polyethylene, except for one hydrogen of the repeat unit, which is substituted by a phenyl group. The configuration of polystyrene is defined by the spatial form in which the monomer appears and how it is added to the front of the growing radical chain during polymerization. Starting by type of chaining, we can see that the favored type is the head-tail due to steric hindrance presented by the bulky side group styrene. The spatial arrangement of the same group, or their tacticity, depends on the use (or not) of stereospecific catalysts. The polymerization of commercial PS does not employ such catalysts, and thus produces an atactic polymer, in other words, amorphous. The third type of configuration, the related isomer, does not apply because the repeat unit of styrene has no residual double bond. In short, both configurations are present in the polystyrene: the head-tail chaining and lack of tacticity.

Polyethylene is much used in the manufacture of products requiring high transparency or disposable, since it is an inexpensive and fragile material. The conventional polystyrene is popularly known as crystal PS.

The applicability of polystyrene is restricted because of its low mechanical strength and low resistance to organic solvents, however, it shows excellent properties when expanded, giving rise to EPS (popularly known by the trade name Styrofoam ®). When copolymerized or blended, PS gives rise to polymers: HIPS (high impact PS), ABS, SBR, SBS, SAN, PPO/PS, among others.

Polystyrene can be lubricated with UV stabilizers and antistatic agent, being necessary lots of antistatic agent (2-4%) to be effective, raising the price of the item in applications such as housings for electronic equipment, remote control units etc. The incorporation of glass fiber in PS promotes increased impact resistance, unlike what occurs in most commercial thermoplastics.

The most common methods of processing the PS are: injection molding, extrusion and thermoforming. 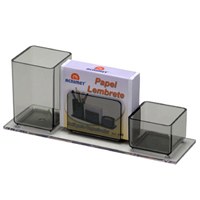 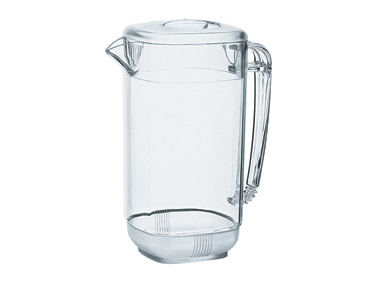 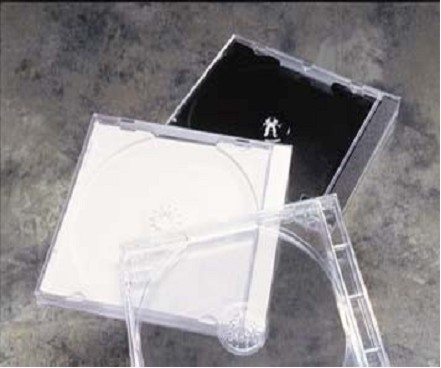 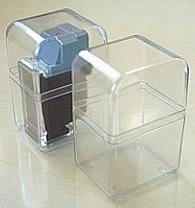 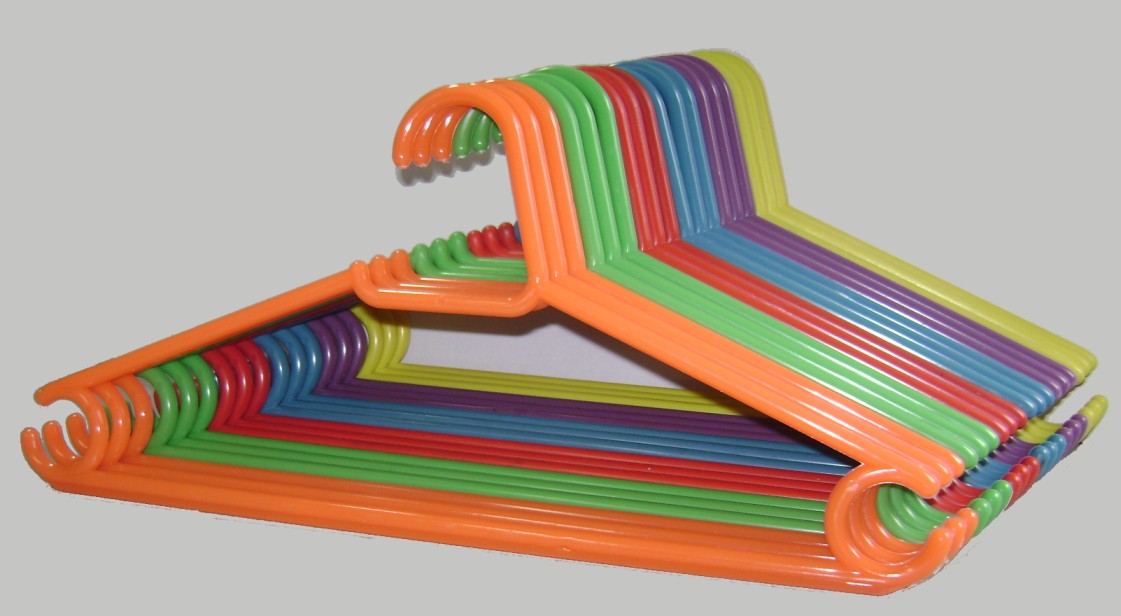 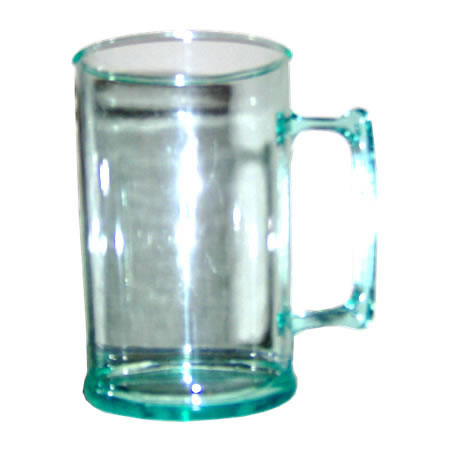 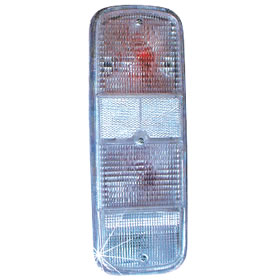 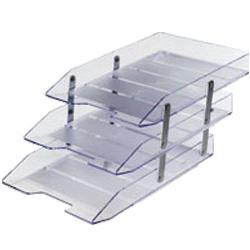 Article posted in Feb 25, 2014
About the author: Daniel Tietz Roda is Plastics Technologist graduated from the FATEC/ZL and Mechanical Design Technician from ETEC Aprígio Gonzaga, in São Paulo, Brazil. Roda worked 5 years with technical assistance and development of plastics in industries and nowadays is the publisher of this website.